There has been a ‘Crooked Billet‘ pub at Padnall Corner since 1850, the first residents are likely to have been Foster Threadgold, inn keeper, his wife Jane and their 3 sons and 2 daughters. 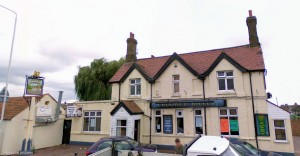 On 26 Aug 1854 at the Ilford Petty Session there was a general meeting of licensing victuallers. The room was apparently ‘crowded to excess’. The chairman requested the Inspector of Police for the various districts to advise on whether there had been any complaints made against any of the houses. There had been only three, The Green Gate, Plaistow, Marks Gate Dagenham and the Crooked Billet Padnalls Corner.

All had convictions for Sunday trading. The first 2 received cautions but the landlord of the Crooked Billet had been convicted of Sunday Trading for the previous three successive years. The Bench suspended hs license for two weeks while they considered its renewal.

In Oct of the same year Foster Fridgold was summoned by the police at Ilford Petty Sessions. The police reported that on Sun 10 Oct 1858 at about a quarter to twelve o’clock, they entered teh defendent’s house by the back door and found five persons in the front room and six in the back room. They were all men and all were smoking and drinking.

The defendant asked the Chairman “If I and my wife go to church on a Sunday morning whether the police are legally right in making a forcible entry into my house in my absence?” The Chairman answered “you must leave some one in charge of your premises to admit the police if necessary. I am very glad to hear of your going to church, but you are, no doubt guilty in this instance. You are fined the mitigated penalty of £3 and costs.”

UPDATE: Nov 2013, permission has been granted for the demolition of the pub with 8 houses to be built in its place.

UPDATE: The houses have now been built. 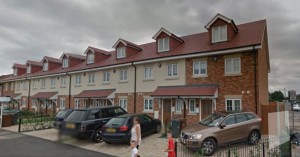