Who lived at The Studio, Mill Lane Chadwell Heath?

The following Obituary gives us a clue:

“Mr Henry Gillard Glindoni who died in his 61st year last week, was a constant exhibitor at the London art exhibitions for over 40 years, chiefly of figure subjects inspired by history or fiction. His pictures have been regularly hung at the Royal Academy since 1873, whilst many appeared at the Old Water Colour Society and in Suffolk Street. 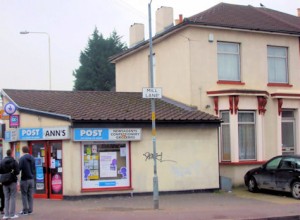 For many years he was an associate of the Royal Society of Painters in Water Colours and lived at 40 Brewer street until he removed to Chadwell Heath Essex some 14 years ago. His pictures occasionally occur in the sale room; two are in the Sunderland Art Gallery, “To be or not to be” and “Signing the Marriage Contract”  [The Times, Thursday, Nov 27, 1913; pg. 11;]

Henry Gillard GLINDONI was born Henry Frederick Gillard GLINDON in 1850 Kennington, the son of Robert William and Esther nee Gillard. Both his parents died young so Henry and his siblings spent their childhood with grandfather Francis Robert Glindon.

Francis was known by his middle name Robert, born about 1799 in Dublin he was a singer and song writer and scene painter, he turned to sceen painting when his voice failed him. His ditty ‘The literary Dustman’ was published in 1832 and he financed the Colosseum Diorama and Exhibition Space, Regents Park. He was responsible for the enormous diorama “London by Night” the Colosseum’s opening attraction.

Robert had been married twice, first in 1820 to Mary Ann Adams who died in 1827 and then to Sarah Harris in 1829. Sarah died in 1849 so Robert was left to bring up his granchildren alone. The Collosseum closed in 1864 just 2 years before Roberts death in 1866. Robert was buried at Kensal Green.

In 1871, a year before Henry began exhibiting at the Royal Academy he was living with his uncle Frederick Young and aunt Sarah in Kentish Town. Henry is listed as a landscape painter. No doubt Henry leaned some of his skills from his grandfarher, helping him paint scenes in the theatre. Ten years later Henry is married to Ruth, living in Chelsea and has a six month old daughter Esther.

At the turn of the century Henry moved to Chadwell Heath, in 1901 he was living at The Studio, Mill Lane, with his wife and daughter, now a school teacher, his mother in law Ann Wheeler, sister in law Harriet Cave and neice Alice Cave.

Henry Gillard Glindoni R.B.A., A.R.W.S  died on 20th Nov 1913.  He had 79 paintings shown at the Royal Society of British Artists, elected a member in 1879, over 40 works seen at the Royal Watercolour Society, ehibited at the Royal Institute of Painters in Oil, the Royal Etchers Society, at Manchester City Art Gallery, Liverpool’s Walker Art Gallery.

Some of his noteable works:

Census 1841 – 1901, The variety stage a history of the music halls from the earliest period to the present time by Charles Douglas Stuart and A. J. Park.  Published 1895 by T. F. Unwin, Ancestry.com